Draw﻿ing ﻿the Story of the Bible 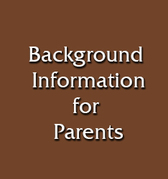 The Tragum was paraphrases, explanations, and expansions of the biblical passages of the Old Testament given by Rabbi in the language of the hearers.

Nimrod's name means "Let us Rebel" and he was a wicked leader and started the city of Babel and the colonized cities that made up the future Babylon Empire.  History outside the bible relates the religion center that was there that led worship that focused upon the elements of God's creation (stars of outer space and the animals of earth) rather than the Creator.  This was the center of false religions and the historical root of the mythology of Greece and Rome.  He and the people who followed him exhibit what the Apostle Paul wrote about in Romans 1:22-23"

Professing to be wise, they became fools,  and changed the glory of the incorruptible God into an image made like corruptible man—and birds and four-footed animals and creeping things.


God had commanded that the people should scatter and fill the earth (Genesis 1:28 and Genesis 9:1).  The people however, decided to build a great city and a great tower.  Having everyone in the city rather than scattered  would again give people of power the ability to enslave others to do their will and abuse those who did not comply.  To mark the city off the people built a great structure, a tower the went high into the sky.  (Men still have that desire today if you look at the buildings of major cities in the world to make a name for themselves.)  This tower was used as a temple to serve gods other than the one true God.  God's judgement on mankind was to cause the one language to be divided into many languages. This caused people to move from the city in different language groups which eventually formed the nations of the world.

The Drawing
The circle for the third major element had a simple tower drawing in the center to represent the Tower of Babel.

Activities
Listening to different languages - either using a channel on the TV or enlisting the help of a friend from another country, allow the children to hear a language different from their birth language.


﻿Understand the confusion﻿ - the word  Hebrew word "Babel" is close to the word meaning "Confusion."
To show the confusion get four or more people to join with the children all saying the word "Babel" over and over without saying anything else.  Since the word is an example of onomatopoeia, (a word formed to imitate and actual sound and thus understandable in all languages) it will provide a sense of the confusion of languages.   Encourage the adults to change their inflection and volume as they say the word.  Say it at least 10 times and have the children note the confusion if the words did not mean anything to them.

﻿An Appli﻿cation - (So what does that mean to me today?)
Often people think that they know better how to live life than God does.  They go choose to go against his commandments, not knowing that those commandments were given by God for their good.  Remember when God ask you to do something it is always for your good.  It is like a parent telling children not to run into the street, because they may be hit by a car.


Reading for the Week

Back to Drawing the Story Home Page